The Herr family is in their fourth generation in the construction, environmental and trucking industry.

In addition to all of the services we offer, The Herr Corporation also offers building demolitions, excavation, driveways,
storm sewers, finish grading and heavy earth moving. 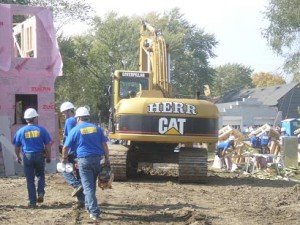 Richard D. Herr was in the plumbing and excavating business for over sixty years. Richard had an exceptional reputation and a long history of working with both the local Town and Village governments of western Waukesha County as well as with Waukesha County Park and Planning. His company has designed and constructed hundreds of ponds, septic systems, mound systems and more.  More about Richard here.

Michael R. Herr is the fourth generation of his family to be in the plumbing industry. Michael is a Master Plumber specializing in the design and installation of mounds and septic systems. Michael has worked on Herr’s main crew for over 35 years; designing and installing hundreds of mounds and septic systems for both large commercial projects, as well as many residential projects. Mike’s experience includes site work, sewer and water mains and laterals, and septic and mound systems for hundreds of projects. He has worked closely with his father in the planning of storm drainage systems and site grading.

Todd had been previously employed by Herr Construction from 1989 to 2012 After a seven year absence, Todd has returned to Herr Construction resuming his position as Vice President. He has 30 years experience designing, installing, repairing, replacing, and evaluating thousands of POWTS (septic and mound systems) throughout eleven counties in southeast Wisconsin. He is a Master Plumber Restricted Service (i.e. licensed as a Master Plumber for ALL outside plumbing work-septics, mounds, sewer, water, storm sewer, holding tanks etc.) as well as a State Certified Soil Tester/Morphological addition he has the following certifications: DNR Certified Master Septage Operator, DNR Licensed Well Pump Installer, DSPS Licensed POWTS Inspector, WOWRA Certified POWTS Evaluator. He had previously served as Chair of the WI POWTS Code advisory Council for 8 years and has recently been appointed to the POWTS Technical Advisory Committee. He has served two terms as President of WOWRA (State association of Septic and Mound installers, designers and regulators). Todd holds an Associates of Arts and Sciences Degree from UW Waukesha. Todd was the primary author of The Book on Septics and Mounds published by Herr in 1997. todd@debral15.sg-host.com 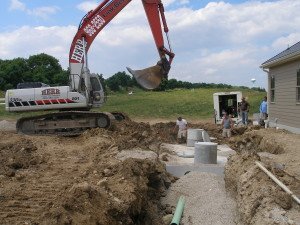 Ann Cataldo is licensed as a Certified Soil Tester and Master Plumber-Restricted. She has been with Herr since 1994. Ann has done thousands of soil tests in all SE Wisconsin counties. and has performed preliminary borings for multiple subdivision developments.

Peggy will assume the duties of Deborah Longley. She had previously worked in the office of Herr Construction and for Pro Health Care. Peg earned a Bachelor of Science degree from UW Milwaukee in 2011.